Tuesday, March 01, 2016
I came across this pin forever ago. It lurked in the back of my head for months and months. But I was afraid. I thought my skillz weren't evolved enough...I read different versions of the pattern and I was scared. Turns out, it was not my fault. 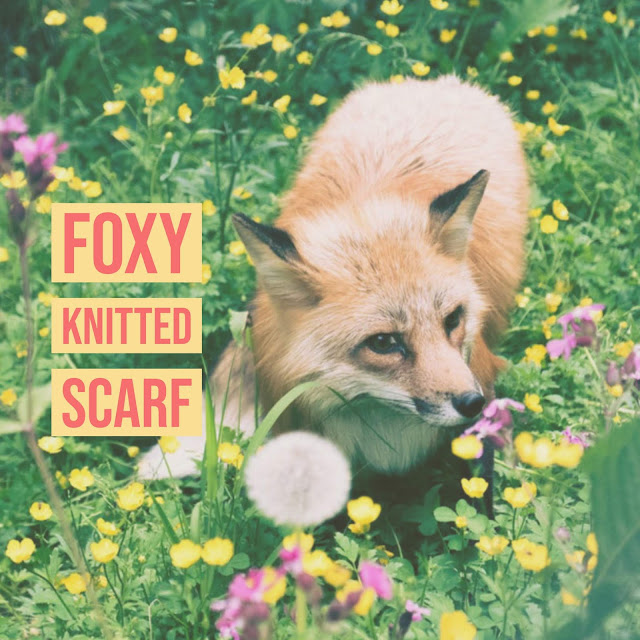 I took notes on my Ravelry page as I went. I did not, however, include all the "what the fuck?" moments I had.

***switch to red***
row "three": K across
row "four": slip the first st, then K across
*keep going until its long enough*

decrease (k2tog, k, k2tog) until its narrow as you want it to be. do whatever stitch you want for at least 4 inches, then increase again until you have 22/whatever sts.

(The red I used for the body wasnt quite enough. I think at least 100g would be needed, maybe even 110g. I ended up using more of the gray. My fox has a long neck)

Once it got to about the right length, I started decreases. I used k2tog, k, k2tog until it was the right size. I bound off, then crocheted a little back loop and stitched it down.

For the ears: (x2)
Co 2sts
Kfb, k across each row until 12 sts.
Bind off
Sew them on where ever.
I plan on adding buttons for eyes.

What mine looks like (with a little help from Thing #1) 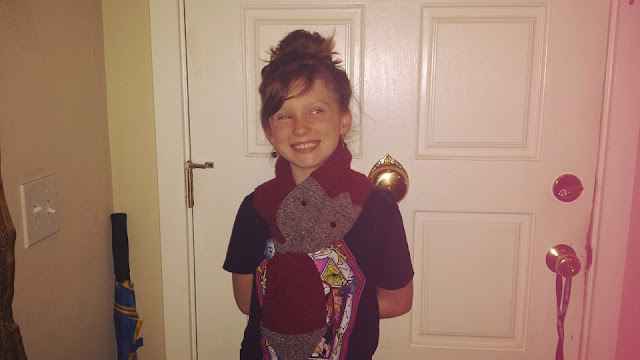 Popular posts from this blog

Tuesday, May 28, 2019
It is Taco Tuesday, once again, over at The Crafty Taco HQ. I am not cooking  tacos, but at least I am doing something almost as neat: releasing a new item!
Post a Comment
See more»

FAQ Friday: What About All The Waste?

Friday, May 31, 2019
Being crafty is fun, but it sure can generate a lot of trash and waste. With the world being in the state that it is, I am trying to reduce and reuse as much as I can.
Post a Comment
See more»

Tuesday, June 02, 2020
I know, I know.  It has been a while since I have updated this blog. I got a wee bit busy, and a wee bit forgetful. But I have still been working and crafting and creating. I have even been branching out and working with other groups and making customs.
Post a Comment
See more»